Paying homage to a St. Augustine landmark home, Casa Reina was conceived as a gathering place for both locals and visitors alike. Brought to life by the partners of Harry’s Seafood Bar & Grille, the “Queen’s House” borrows inspiration from Mexican, Latin American and Florida Coastal Cuisine. The menu features plenty of traditional favorites like authentic street tacos and enchiladas, alongside a selection of unique signature dishes, such as our Short Rib Chiles Rellenos and Tequila Lime Grouper. These menu offerings, authentic design elements and waterfront views come together to offer a dining experience fit for a Queen. 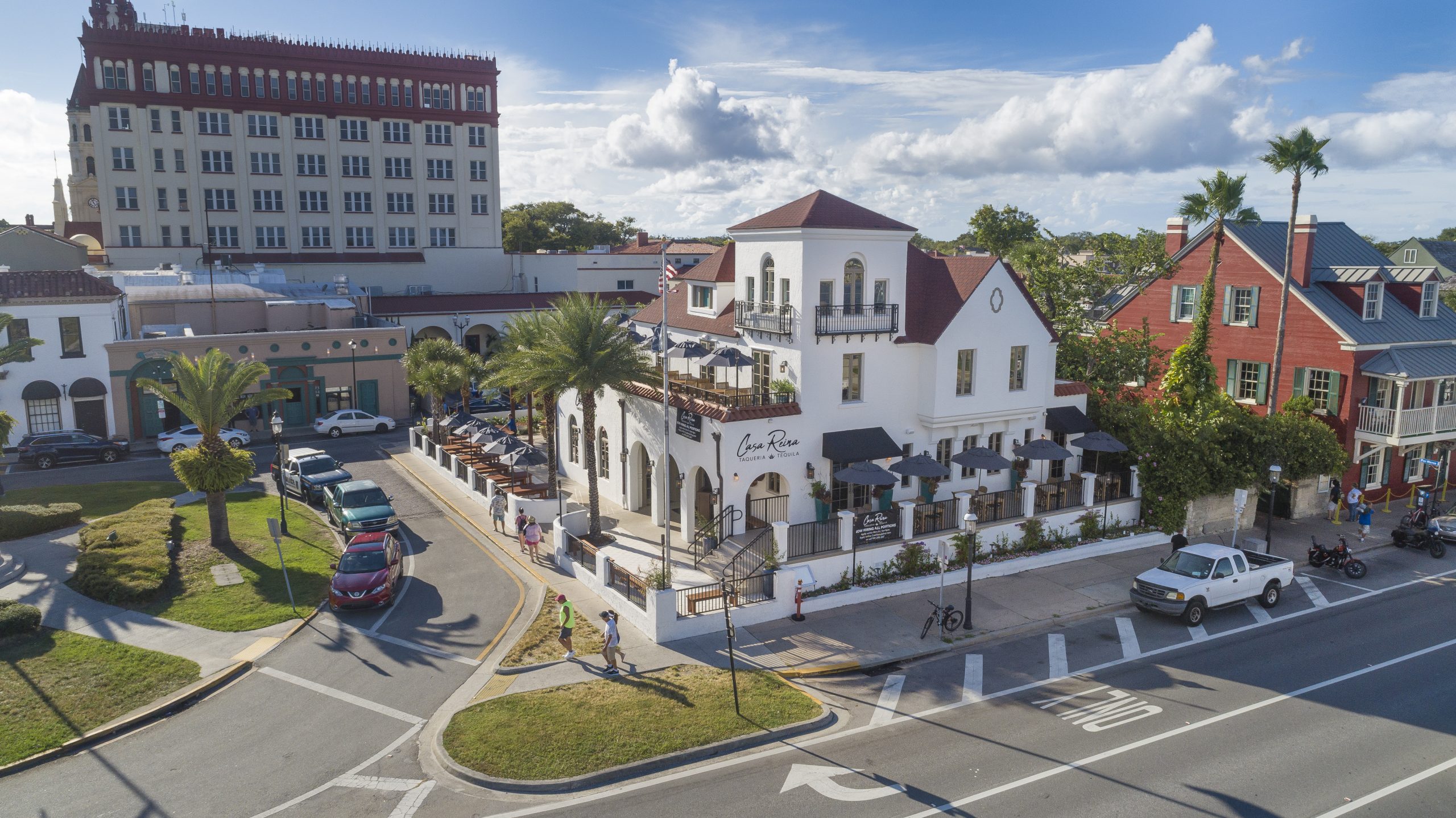 A HOUSE WITH HISTORY

Casa Reina has a prominent and prestigious history spanning over 120 years.  Originally referred to as “Blenmore,” the dwelling was built as the home of hardware merchant Charles Ferdinand Hamblen of Maine, and his wife of local Minorcan descent, Antonia DeMedici Hamblen.  The property eventually transferred to the Charles F. Hamblen Trust and underwent several stages of use and refurbishment: from The Blenmore Hotel in 1924, to the offices of D.P. Davis, a prominent developer of Anastasia Island.  It also served as the headquarters of American Legion Post #37, where the tradition of gathering, drinking and dining continued for many years. After a thoughtful and extensive renovation, the legacy of the former Hamblen Home lives on as Casa Reina.